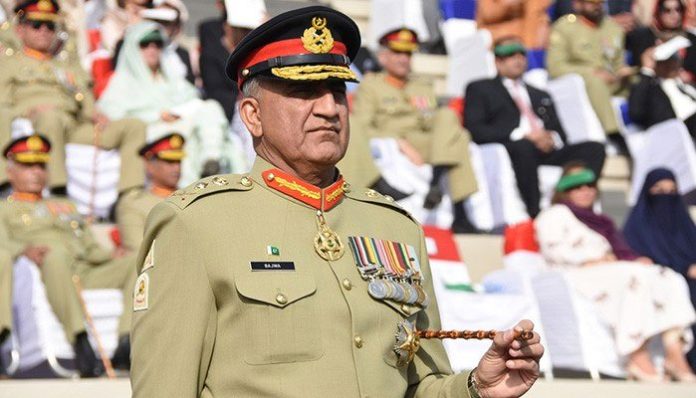 Considering General Bajwa as General Musharraf was biggest mistake of America. Now Pakistan Army is asking for DO MORE from entire world.

Britain think tank royal united stated in one analysis that Pakistan army under command on General Bajwa facing strongly American threats and more confident then time of General Musharraf( when America threaten president of that time General Pervaiz Musharraf  that they will attack on Pakistan and will turn it into stone age). Think tank mentioned report of one of their experienced scholar( published yesterday) America is threatening same Pakistan as they done in George Bush government. But America is not in state of flattering. Now the thinking is Bajwa doctorial. Which clears that Pakistan army will not do more. It’s time for world to do more. It is also stated that from last 17 years Pakistan army is more strong due to continues stress on eastern and western borders. And now whole world (which includes china , Russia , turkey and Iran) is ready to defend Pakistan army. America lost it’s grip on Islamabad. American threat time is over now. It is stated in report that America’s previous station chief in Islamabad  Millet Bearden ( who fight against Russia from Pakistan in 1980 along with Charlie Wilson member in Congress ) And America’s previous Foreign Minister Hilary Clinton  throwing burden of Afghan issue on Pakistan is not right even in this situation when any single member of Trump management is not bearable in Pakistan. Before Donald Trump tweet General Bajwa clearly said that  Pakistan will not do any thing more.

It is stated in report

it was biggest mistake of American Government to consider General Bajwa as General Musharraf who was faltered on American threat.

And General Bajwa answered all threats and applications of America strongly. Report also mentioned that many previous officers which was posted on different post at the start of war against terrorism. These officer said that Pakistan fulfill all it’s promises against Afghanistan. But Donald Trump tweet about Pakistan was like he turned off his eyes from reality. Report also stated that Turkey’s president and foreign ministers of Japan and China praised counter terrorism efforts of Pakistan. Report state that Pakistan army is in position that they can handle cross border American activities and can manage with cut down of American aid. And praised on international level for their counter terrorism efforts.

Report stated that Army role is totally different from 2001. After Trump announcement of stopping aid Pakistan announced starting business with China at UN. News are also surrounding that China is planning to start a Sea Port in Pakistan which would be second biggest Sea Port after Geoti in any country. Pak army cleared that they will not do anything more then they have already done. According to chief of Army staff Pakistan has to defend it’s boundaries and has to play role for regional peace. Report states that now after beginning of 2018 America needs Pakistan. Pakistan doesn’t need America. American defense minister said that he is in contact with Pak Army because without them they can’t even send weapons to their army in Afghanistan. After Trump tweet Pakistan realize that 70 Years trust on America was useless. Pakistan has all abilities and logistic support and America has no answer for this.

Zong Captures Over 75% of 4G Market in Pakistan