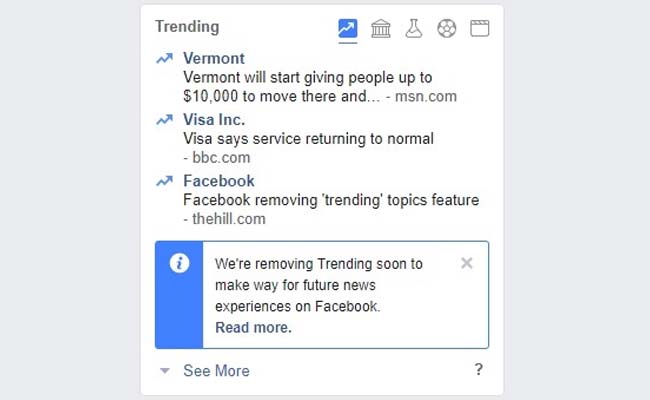 Facebook is removing its controversial “Trending” section because no one was actually using it. This feature was introduced in 2014. The main function of this feature is highlight to trending topic for Facebook users.

CEO of Facebook Mark Zuckerberg called this feature “There Personal News Paper”Over the past few years, the feature, which displays news stories popular on the platform, has become a case study for why algorithms can’t always do the job of a human, and why they can’t solve Facebook’s problems.

The feature caused Facebook a massive headache in 2016, after Gizmodo reported that the humans hired to moderate content featured in the section were suppressing conservative sources.

How to Find That Additional Help With Your Essay