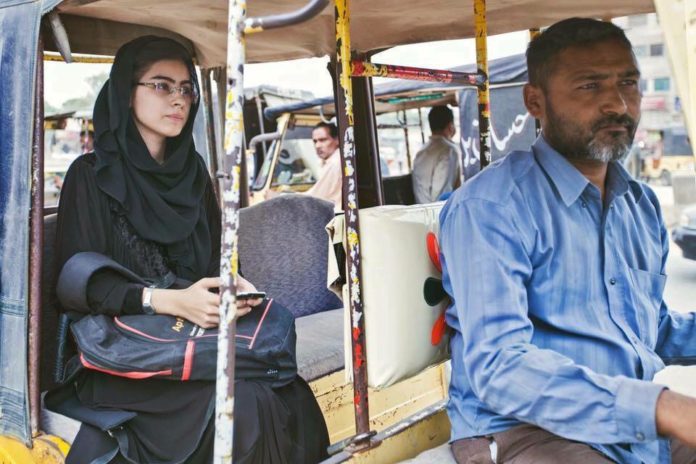 Wardah Nasir is a 21-year-old software engineering student. She uses public transport to attend classes at her university three times a week. Travelling in a qingqi is cheaper but full of drama, she says.

“If I get a seat at the back it can get very awkward very fast. Other drivers start hooting or passing rude comments. Sometimes motorcyclists will try to get close and throw pieces of paper [with their numbers on it] inside the qingqi,” she explained.

“There have been times people have followed me home and passed comments about my complexion,” she further said.
When it gets too much, she sternly asks them: “What is your problem?”

Read more: Men Would Have To Pay More If They Want To Enter The Centaurus Mall In Islamabad

Warda says the only way women can deal with this is by being bold and confident.
“My mother tells me that I should have more confidence. She says agar tum abhi darr jao gi to aagaye ja kar kya karogi? How will you face problems in the future?” she added as she fixed her scarf before taking a seat in the qingqi and heading home.

This is not just a problem of Wardah Nasir. Majority of women around the globe face this type of situation every single day. And its not about the clothing or eastern or western cultures. It’s their mentality which is sick and tired …. !!!

How to create Any Functionality Dissertation: Part 1

What Are The Low-cost Project Service?