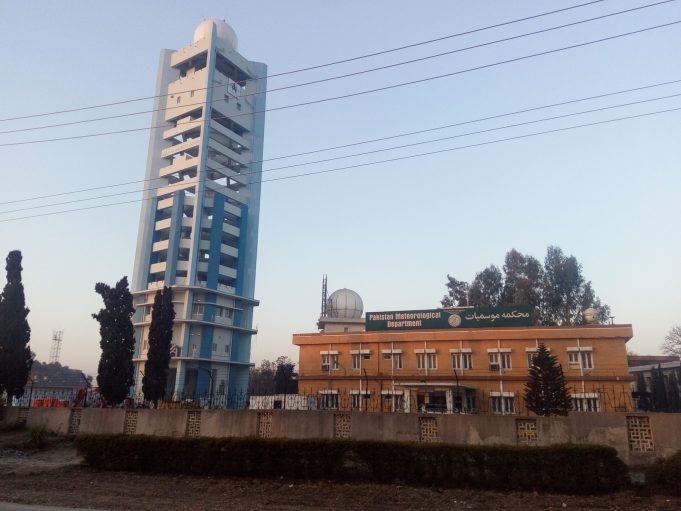 New Weather Surveillance Radar Tower in Islamabad will be operational next month. The 73m high tower has a range of 400 kms around Islamabad providing better look at weather forecast.

The new Weather Surveillance Radar Tower adjacent to the headquarters of Pakistan Meteorological Department has finally been completed and is expected to be operational by June 2018.

The new tower near Zero Point has been provided by Japan International Cooperation Agency (JICA) and will replace the old tower that was also provided by the same company in 1991.

The new tower has a range of 400 kilometers around Islamabad which will effectively provide data about clouds heavy rainfall, thunderstorms, lightning, hailstorm, and windstorm.

According to Director General of PMD, Dr. Ghulam Rasul, the tower is unable to reach Gilgit, Swat, and Jalalabad areas because of mountainous regions which block its reach.

He has assured that the PMD has extensive plans to expand and install additional such radars in Lahore, Chitral, DI Khan, Quetta, Cherat, Gilgit, Dalbandin, and Gwadar.

Howto Compose an Essay – Be Sure You Have a Creating Plan Prior to...