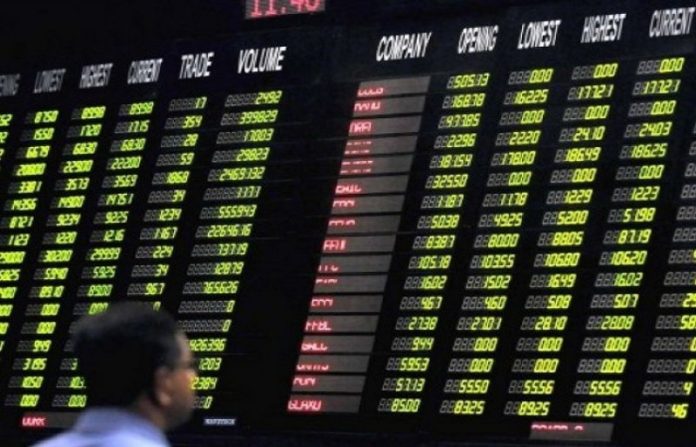 PSX (Pakistan stock exchange) got rid from downfall. Business started with downfall and 500 points fell in early 15 minutes reaching the level of 42366.93 points.

Investors purchase in many departments including Engineering,Cement and Steel.

2260 companies have increase in their prices.1 billion and 100 million increase in market’s capital Bargaining of 1900 million rupees,

however the process of purchase started in the market and investors purchased freely in Engineering, Cement, Steel and other departments and it resulted the increase in Index gradually and at one point when benchmark PSX100 index touched 43627.86 and there was less sale, resulted the downfall of market and the business ended in positive zone and market remained in positive zone inspite of early downfall. It should also be noted during that during the first three days of business week, market was in pressure because of a resolution against Pakistan and fluctuating political situation. A hopeful news for Pakistan during this was the extension of two years  in GSP PLUS.

However market was under the pressure of unstable political circumstances but there was increase in business at Thursday in market inspite of supreme court’s decision about Ex pm sparing him from president’s ship of ruling Party which is a sign of the ending of unbelievable situation of the situation being cleared.

Closing of Business Day at PSX