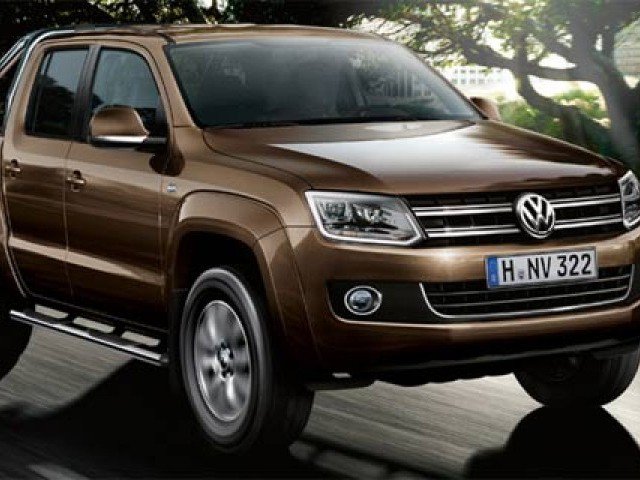 KARACHI: Volkswagen Commercial Vehicles is in final talks with Premier Systems Private Limited – the Authorised importer of Audi vehicles in the country – to set up a manufacturing/assembly plant for its Amarok and T6 (transporter range) Vehicle models, That has been learnt.

The launch of the two vehicles – Amarok in a direct competition to Toyota’s Revo and the T6 is a multi-seat passenger van – comes on the back of expected demand arising from the China-Pakistan Economic Corridor, said an official who is very much familiar with this development.

“Volkswagen believes that such advance vehicles are a must in Pakistan now,” the official told. “There will be a large dealer development and the target is to have 40 dealerships across the country.”

In November, its reported that Audi has expressed its interest to establish a plant in the Korangi industrial area, Karachi. The plant will facilitate the assembly/manufacturing of Volkswagen vehicles as well and could see its passenger cars also making an entry.

Premier Systems will be making the necessary arrangements in Pakistan as Audi and Volkswagen both make their move to assemble vehicles in Pakistan.

This development is a huge boost to Pakistan, given low levels of foreign direct investment and falling exports. Industry Experts say investment is the key to guarding against Pakistan’s economic woes such as a widening trade and current account deficits, slowdown in the growth of remittance and falling exports.

With this development follows multiple reports and announcements of various car makers to venture into the Pakistani market. Recently, Nishat Mills – a textile giant – announced a joint venture agreement with Hyundai to assemble vehicles in Pakistan.

Likewise Lucky Cement – one of the country’s largest cement makers – has already announced to partner with Kia Motors and Renault is in talks with Ghandhara to use its plant for car assembly.

Pak Suzuki has also said that it is willing to bring in fresh investment while Honda also launched its flagship Civic model last year.

It will be expensive to drag Maryam in court, Nawaz Sharif